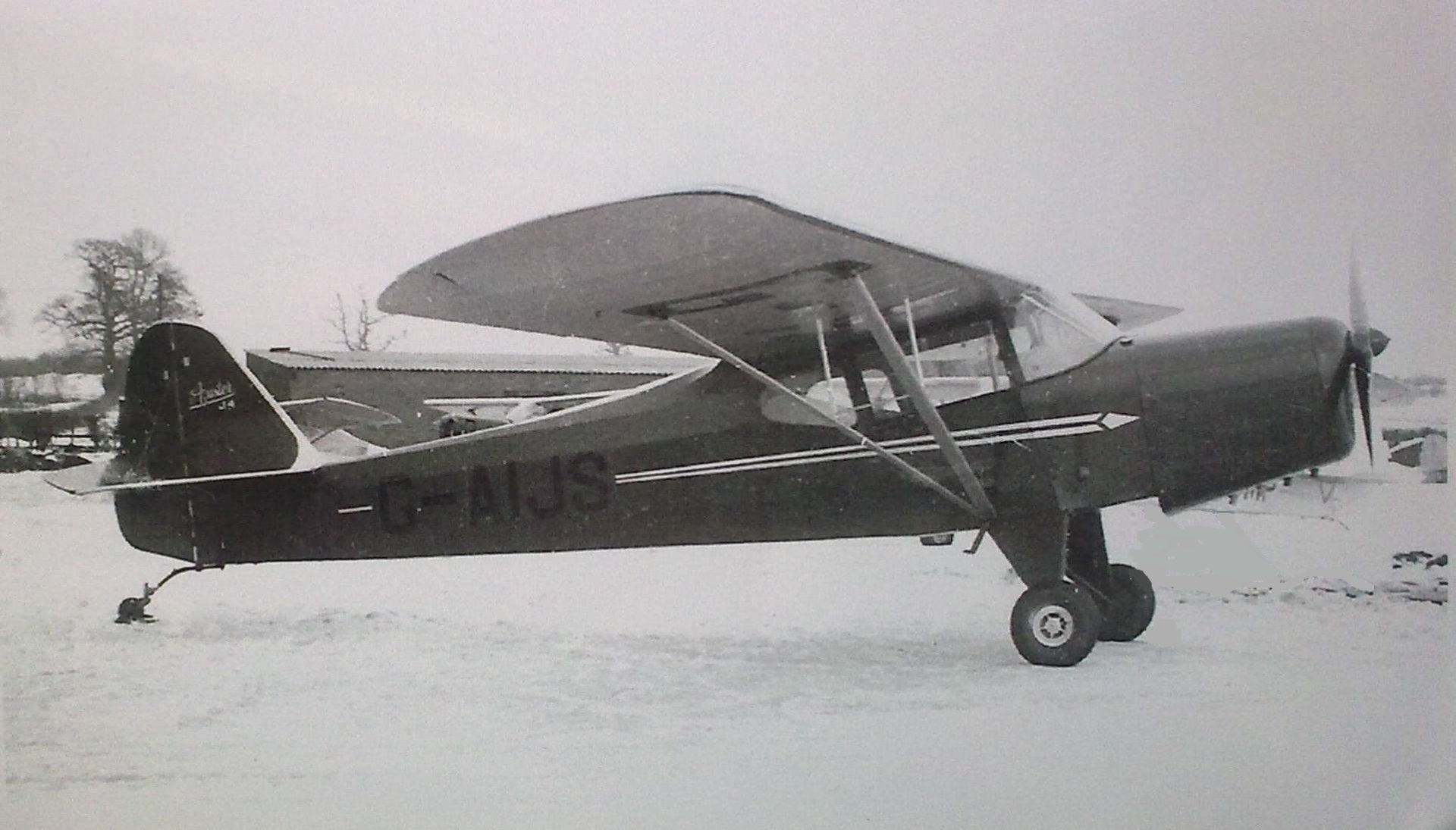 Extracts from “Going For a Song”.
By Jim Sime (Founder and President)

Away back in August 1973, I attended a Fly-in at Sywell in my Auster J1/N. G-AHCN and parked it close to the airside boundary where everyone could see it. I was told abruptly to “remove it and put it somewhere at the back so that more interesting aircraft could be seen by the public”. I was angry and said so to another Auster pilot who had also been asked to move. The situation at that time was that you could buy an Auster for £750, but some went for even less. Austers were disappearing from the Register at an alarming rate. One I saw advertised was at £500 in “flying condition”. The problem was that Austers had become a bit like lampposts in that they were always there and not really noticed much for that reason.

Most pilots had learned to fly on Austers, as I had. It cost much more to get a reconditioned engine than to buy another plane with more hours left. Something had to be done. I wrote to Flight and had my letter published. From the replies I received it was clear that I was in tune by the feelings of many others. On the 18th of November 1973,1 had arranged for 8 of these enthusiasts to meet me at Hemswell to form an Auster Pilot Club. The weather was bad to the north so nobody came from there, but to my surprise 15 Austers turned up from the south and 50 plus people filled the hangar.

This meeting had never been advertised but word had obviously got around. I became the Secretary and my 15-year-old daughter, Julie Ann, Assistant Secretary. We had an Auster Insurance Scheme, a Spares Service and arranged for fly-ins. The first was at Bridlington, where one Auster pilot, out on a local flight from a nearby airfield, looked down in amazement at more than a dozen Austers lined up in the morning light. He landed and joined us. One Auster had flown across the North Sea, non-radio, from Denmark! In 1974 I arranged for a Fly-in at Shobdon and had my own Auster given permission to fly there for its C of A. I wrote personally a handwritten note to every Auster owner on the Register and waited. They started to come in ones and two's; then a dozen; then 20. And still they came - the final total was 43, but I was asked to report only 42 as one aircraft was French registered and was not quite legal!

I was delighted by the enthusiasm and help given to the club by these early members, some of whom are still members. One member was Jim (Ginger) Lacey, the Battle of Britain fighter Ace who flew Auster G-AHHH.

The following extracts are from Flight International magazine of 30th August 1973 and 27th September 1973, followed by extracts from “The History of the Auster Aeroplane” by the International Auster Club Heritage Group.